If you have just received your first Aufruf invitation or a Shabbat Chatan invitation, you may very well be wondering what it is all about?  The short answer is (Is there ever really a short answer in Judaism?) that in the Ashkenazi tradition the Aufruf is when a bridegroom is honored by being called up to the Torah (an aliyah) to recite a blessing or a haftorah (a special Torah portion). This takes place before the wedding—usually during the morning prayers of the Sabbath before the wedding. Since this Orthodox wedding tradition is a custom rather than a law, there are no rules set in stone. It may take place two weeks before the wedding or on a Monday or Thursday when the Torah is read. 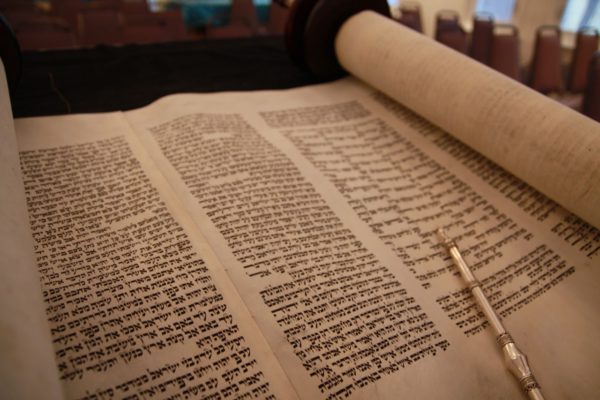 The Shabbat Chatan is the Sephardic tradition and is entirely similar to the Aufruf wedding tradition- being called up to the Torah- except that it takes place on the Shabbat after the wedding.

Simply put, a Sephardic couple will have a Shabbat Chatan (the Groom’s Sabbath) after the wedding and an Ashkenazi couple will have an Aufruf on the Shabbat before the wedding. The only confusion, here, might be if one half of the couple is Sephardic and the other is Ashkenazi. The rule in Judaism is that religion is passed down from the mother and minhag (custom) is determined by the father’s traditions. So… the groom– being Sephardi or Ashkenazi- will dictate when the Shabbat Chatan or Aufruf ceremony takes place.

The Aufruf (literally meaning: “calling up” in Yiddish and German) origin is based on the Talmud narrative that tells of King Solomon, who when building the First Temple, built a gate specially for grooms to enter and leave from.  There, they would receive blessings from their fellow Jews. With the destruction of the Temple, the Aufruf blessing tradition was transferred to the beit kenesset (synagogue).

Later, in Medieval France and Germany, the purpose of the Aufruf was said to be the way of making public the groom’s marriage to his intended and to be sure there were no possible impediments to the impending nuptials.  A more cynical suggestion is that by making the upcoming marriage known within the synagogue, in a public manner, the groom would find it difficult to abscond before the ceremony. Others interpret the purpose of the Aufruf as a way of reminding the groom of the spiritual aspect and sanctity of marriage.

Traditionally, in an Orthodox Jewish wedding, this is a “groom affair” and the bride would not be present: probably attending her Shabbat Kalah (Bride’s Sabbath) and choosing to not see her future husband in the week before their marriage. But, today, couples (non-Orthodox) may elect to be equally honored and are called to the Torah together to recite the blessing at their Aufruf.

The rabbi and congregants bless the groom or the groom and bride after he/they recite/s the blessing (usually the last blessing) of the Torah reading. And, with the conclusion of the aliyah, the congregants suddenly throw candies (one can never quite be prepared for the candy attack), while calling out their “Mazel Tovs” and well wishes, and singing and dancing around the groom or couple in celebration. The candies are thrown as a symbol of the sweetness of marriage (and also is a blessing for fruitfulness). An Aufruf gives the community a chance of partaking in the joy of the groom’s wedding, even though they may not be invited. 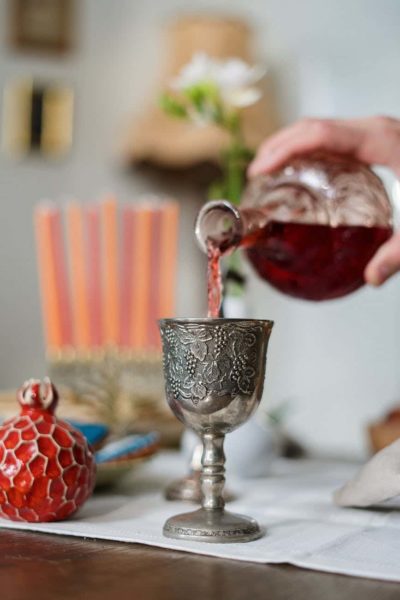 When the service concludes, there is a kiddush—refreshments served in the synagogue- for all the congregants. It can be anything from light refreshments to a much more elaborate smorgasbord. If it is an Orthodox or Conservative Aufruf, the invited guests and family will probably continue the festivities with a full meal in the synagogue and most certainly an Aufruf dvar Torah-an interpretation of the weekly Torah portion that has just been read. This will be followed by an Aufruf speech given by the best man, who first roasts the groom and then sings his praises.

The pre-wedding China or Hina (Henna) party is often considered to be the true Sephardic counterpart of the Ashkenazi Aufruf: in that, it serves as an occasion where the families can meet and get to know one another prior to the ceremony. It also gives the community a chance to celebrate the upcoming marriage and bestow on the bride and groom their blessings and well wishes. And, of course, there is food and sweets again! 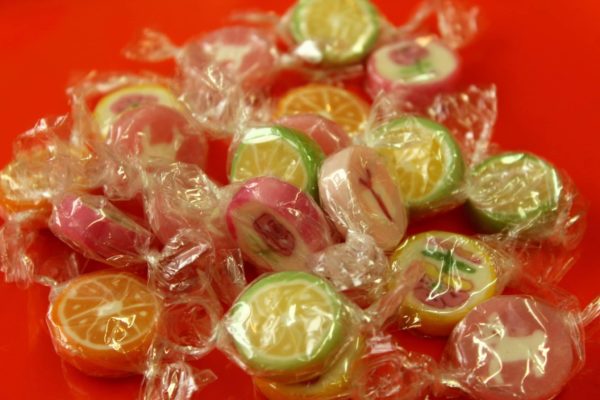 As to the Shabbat Chatan on the Sabbath following the wedding–this means, of course, that the newly-wedded couple attends together. This gives it a much different purpose, as it is no longer a send-off of the groom, but rather a welcoming of the couple, as a couple, into the synagogue aka community aka Jewish people. They are treated like a queen and king (as they had been in their Hina and the wedding). The groom is called up to Torah, recites the blessing and maybe a haftorah and then the candies are thrown: there is song, there is dance and “ululus”.  And a kiddush!