What Makes a Jewish Wedding?

When looking at a Jewish wedding as a whole, regardless of community affiliation, you come to see that at its most basic level the ceremony follows traditions and rituals embedded within Jewish laws and customs preserved in time through continued practice. If you’ve been to more than one Jewish wedding, you’ll notice a fair amount of variety such as tishes (a separate pre-party), bedeken (the veiling ceremony), couples circling one another, the chuppah, breaking of a glass, dancing, and entertaining the bride and groom. Not to mention any family traditions, whether Sephardic, Ashkenazi, multicultural, interfaith or a personal twist to make the wedding one-of-a-kind.

Fundamentally, however, the components that make a Jewish wedding Jewish include the ring(s), the seven blessings and the ketubah.

Traditionally the groom gave the bride an object of value with the intention of establishing a marriage. The object of value often came in the form of a ring. Generally, a simple ring made of gold, the groom would place it on the bride’s finger and proclaim, “Behold, you are consecrated to me with this ring according to the law of Moses and Israel.” Today, Jewish weddings offer variations of this portion of the ceremony, for example in a more egalitarian Jewish wedding the bride reciprocates the act by presenting the groom with a ring declaring, “I am my beloved’s and my beloved is mine.”

Also known as the Sheva Brachot, the seven blessings are recited by the officiant or by one guest for each blessing. To be called up to recite one of the seven blessings at a Jewish wedding is considered quite an honor. Each blessing represents a different way of thanking the Almighty and bringing G-d into the marriage. During a Jewish wedding, the seven blessings are recited over a cup of wine from which the groom, and often the bride, drink at the end of the recitation. Many modern couples take a more creative approach, using the blessing as a base and giving the reading their own interpretation. With the numerous interpretations – in English as well as in Hebrew – it allows a couple to carry on the tradition in their own unique way.

A Jewish wedding would be remiss to exclude the ketubah. More or less a legal document, the ketubah is a signed and witnessed Jewish marriage contract detailing the groom’s obligations to the bride throughout the marriage. Among the obligations listed are, food, clothing and marital relations as well as stipulations regarding the end of the marriage, whether by divorce or untimely death of the husband. The ketubah text itself is traditionally written in Aramaic. Couples, however, often choose to have a translation included, sometimes eliminating the Aramaic entirely opting for either Hebrew or English instead. The ketubah is frequently written as an illuminated manuscript with exquisitely detailed artwork in the margins providing the couple with an exceptional piece of Jewish art to showcase in the home and celebrate their marriage for years to come.

Choosing the ketubah of your dreams doesn’t have to be hard, especially when working with Danny Azoulay, a genius ketubah artist. Danny creates exceptional ketubot ranging from traditionally observant to a creative blend of the bride and grooms beliefs and values. 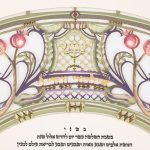 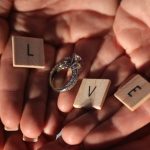 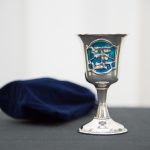 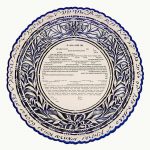 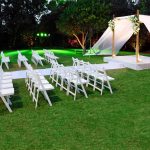 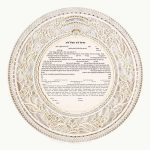 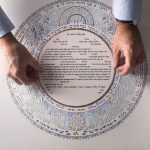 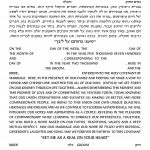 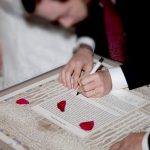 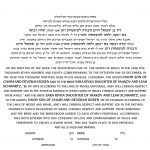