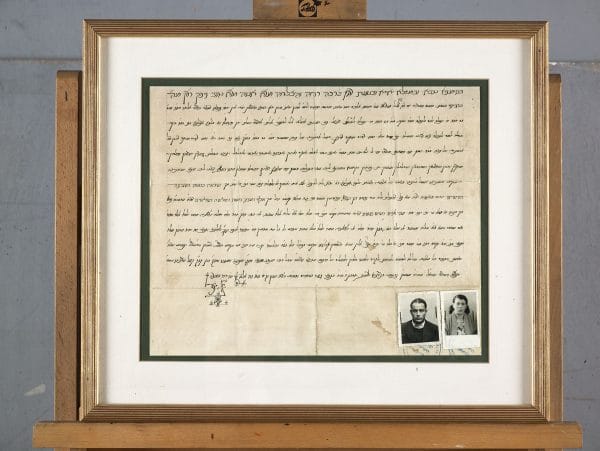 As we were clearing out my parents’ apartment following my mother’s first Yahrtzeit, we made an amazing discovery amongst a pile of old documents.  There, was the ketubah, which none of my seven brothers and sisters had ever seen it before. In fact, it was not immediately apparent to us that this was indeed their ketubah from their Jewish Moroccan wedding dating from 1930. Even though we later found out it was written in Aramaic; we weren’t able to read it.

The folded yellowed document, almost 90 years old, was written in half culmus: a font bearing a similarity to Hebrew and “Rashi” (the typeface used in the Rashi commentary). The half culmus font had been used by the Sepahardic Jews, particularly in Spain, during the Tor Hazahav (the Golden Era of Spanish Jewry). Later, after fleeing to North Africa, the Jews living in Morocco continued to write various religious documents in this writing style.

The Jewish wedding contract, handwritten by the rabbi, elaborated on the families of both my mother and father, with a special attention to my mother’s father (a“ a man of great knowledge of the Torah and acts of chesed–good deeds”) as he had been a highly-respected member of the local Jewish community.

Although the ketubah is unadorned, two passport-sized pictures of my parents were attached, according to official requirements, including a stamp of the local Rabbinate. This was very surprising for us, and at the same time also delightful. My parents were 19 and 16 at the time of their marriage. We had never seen photos of them looking so young. 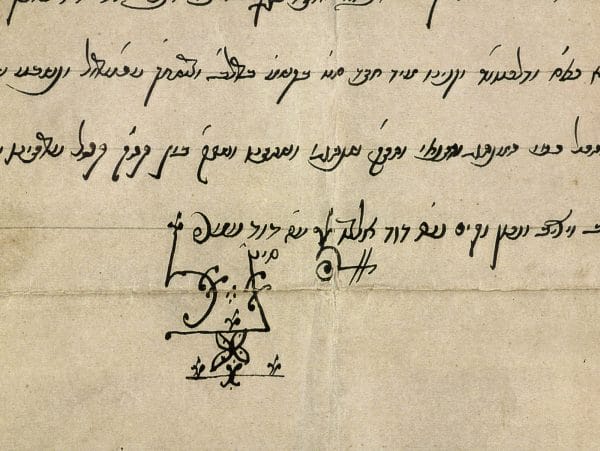 An unusual detail on the wedding contract caught my eye. There was a kind of abstract line drawing on the ketubah that we could not figure out the rhyme or reason for it being there. Only later were we able to get the answer to this curious squiggle.  I brought the ketubah to the local rabbi in Jerusalem. He explained to me that this was the signature of the rabbi who officiated at the ceremony and that his signature, itself, was a chain of signatures incorporating all signatures of his predecessors — including the current rabbi’s own addition.

Today a fine-print made of the original ketubah is framed and hanging in each one of our family’s homes.

Added to the joy of being an artist and having my work be part of the Jewish wedding ceremony for many young Jewish couples around the world, my own experience of finding my parent’s ketubah, gave me a new perspective of the ketubah’s significance–for not only the couple on the wedding day, but for their offspring and the generation to follow. 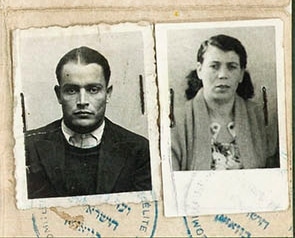 Previous Paper cut Ketubah – The historical role of the Ketubah
Next Ketubah Definition: Has it Changed Over the Years?