home/
blog/
The Orthodox Ketubah: Beautiful Art And A Legally-Binding Contract Rolled In To One/

The Orthodox Ketubah: Beautiful Art And A Legally-Binding Contract Rolled In To One 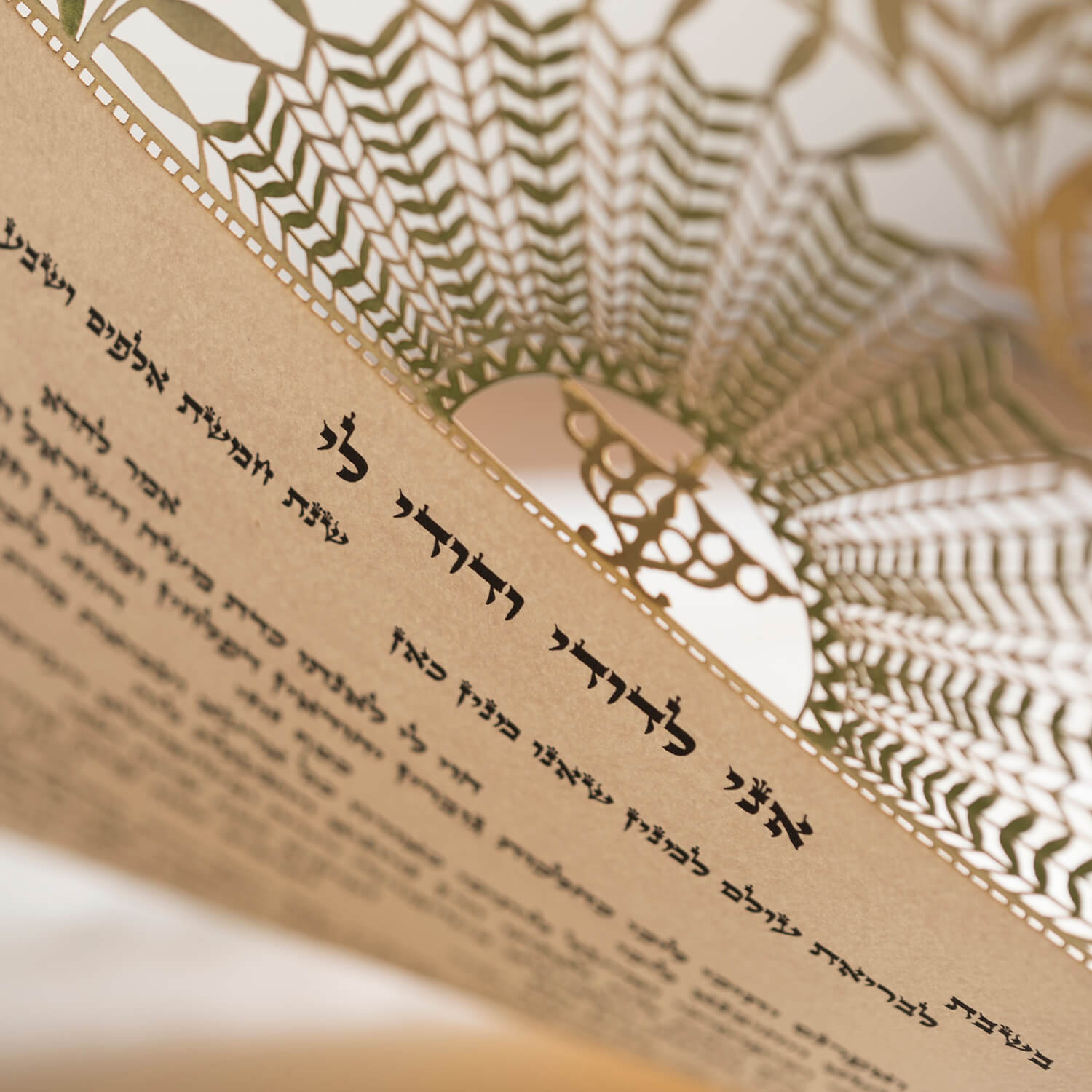 What is the essence of an Orthodox ketubah? Looking at one and trying to read it will be somewhat difficult (even if you do read Hebrew letters) and will probably leave you clueless to its meaning. It is written in Aramaic, the language that was used for Jewish legal documents in Talmudic times.

An Orthodox ketubah is the original pre-nup

The Orthodox ketubah is a legally binding Jewish marriage contract between a bride and her groom. Interestingly enough, it is not signed by either the bride or the groom, but rather, by two Jewish male Sabbath-observing, non-blood related witnesses chosen by the groom. As in all legal contracts the particulars–the exact name of the bride and groom, the date on which the contract is signed and the location is included in the Orthodox ketubah.  The obligations of the groom are plainly written out: such as the groom ‘s agreement to provide his wife with clothing, food, shelter and marital relations.

Written, as well, in the Orthodox ketubah is the specifics of the dowry that the bride brings to the marriage. The mohar, which is the marriage settlement that the groom or the groom’s estate are legally bound to pay (plus the original dowry) to the bride, in the case of his untimely death or, alternatively, in the case of the couple’s divorce, is also clearly delineated.

In the world in which it was originally conceived and still exists in many traditional Jewish communities today, the Orthodox ketubah was and is a very important document that serves a similar function of the modern prenuptial agreement, as well as, a bill of rights of the bride. After the wedding ceremony the Orthodox ketubah is given to the bride for her safekeeping.

But, what of the art that decorates the Orthodox ketubah?  It seems an odd thing to so carefully and lavishly ornament a legal contract. What other legal document ever received such exquisite treatment? Yet,since ancient times, ketubahs have been carefully designed and beautifully executed.  Often, they were not displayed except for the day of the marriage ceremony. Yet, we have an abundance of Orthodox ketubahs, from diverse Jewish communities in the world, throughout the centuries that attest to a long tradition of beautiful art ketubahs.

The richness of the illustration suggests that the ketubah was not merely viewed as a contract. Rather, the artwork elevates the Orthodox ketubah beyond legality.  It indicates how much the marriage union was considered one of the significant -if not the most significant- act in the Jewish life cycle events. It celebrated all the hopes and expectations the bride. the groom, their families and their community had invested in the building of a new Jewish home and the continuity of the Jewish people.

Today, the tradition of art ketubahs is perhaps, even more widespread than ever. Beautiful and vivid ketubahs abound, created by talented artists the world over.The text of the Orthodox ketubah is intact as it was, but the artwork adorning the Orthodox ketubah is a visual metaphor for the couple’s love, mutual respect, values and faith. Danny Azoulay creates intricate papercut ketubahs interfusing the traditional Jewish symbolic motifs with a freshness of expression. The results are stunning and eloquent: reminiscent of the past, relevant to today and with an eye to the future and future generations to come.

Previous SO, WHAT IS JEWISH ART?
Next Wedding Ketubah